​Bruce has received an AV Preeminent* peer review rating from Martindale-Hubbell, the highest rating. He was included in Missouri Super Lawyers listings in 2006, 2010, and 2020 and, since 2012, has been recognized by The Best Lawyers in America for environmental litigation.  Bruce also was named the St. Louis Litigation - Environmental "Lawyer of the Year" in 2012 and again in 2018 by The Best Lawyers in America.

"Complying With Environmental and Special Use Regulations," Land Use Law Update in Missouri (National Business Institute 1997)

Half Moon Education, Inc., Engineering Law and Ethics, May, 2016

"The World of Greenhouse Gases," Missouri Chamber of Commerce

"Minimizing Liability in a Litigious World," The Missouri Bar

"Environmental Law as a Basis for Premises Liability," The Missouri Bar

"Private Party Actions," The Missouri Bar, Introduction to Environmental Law - A Comprehensive Review of the Laws and Regulations for the Practicing Attorney, April, 1992 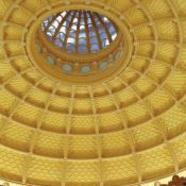 Bruce Morrison practices in the areas of environmental law and business litigation. Individuals and businesses choose Morrison, and become longstanding clients because of the individual attention, competitive rates and quality results he provides. When Bruce began practicing law in 1988, he joined a small firm as an associate and later became partner. He established The Morrison Law Firm in 2002, and has personally handled every environmental law and business-related case undertaken by the firm since that time. Bruce also serves as President of Great Rivers Environmental Law Center, a public interest nonprofit organization dedicated to protecting and preserving Missouri's environment, and an Adjunct Professor at St. Louis University School of Law, teaching courses in Land Use Control and Environmental Law.  http://law.slu.edu/people/bruce-morrison 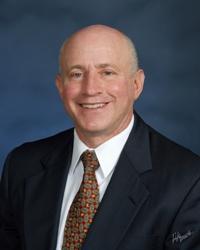 The Morrison Law Firm in St. Louis, Missouri, serves clients throughout the state and nationwide.